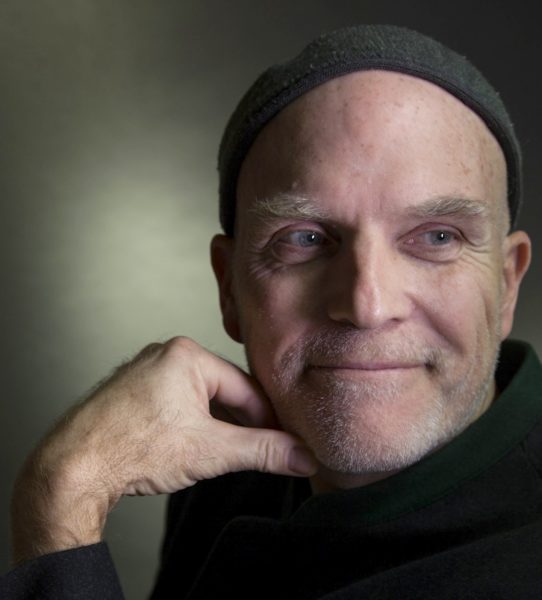 Matt studied architecture at the California Polytechnic State University in San Luis Obispo at a time when the architecture profession was integrating broader environmental and social issues into design studies. Cal Poly’s interdisciplinary, holistic curriculum was at the forefront of this movement and Matt’s studies ranged from first generation solar powered buildings to the vernacular architecture of the Central Coast. He was also active in regional land preservation efforts: demonstrating against sprawl development, the Diablo Canyon Nuclear Power Plant, and serving in the County Government.

As significant as Cal Poly was on Matt’s education, it was his studies in Europe, first in France at the L’Ecole des Art Americaines (77) then in Italy (80-81) at the CSU International Study Center that defined his architectural philosophy. In Fontainbleau, studying under Marion Tournon-Branly, Professors Bob Noviant, and David Brodie, Matt had transformative design studios analyzing the gardens of the Ille de France and the history of French architecture. In Italy, Matt studied under Christiano Toraldo, one of the great avant-garde architects of the 20th Century and a founder of the legendary design firm, Superstudio. Toraldo’s critical focus on the elements of architecture (…gli elementi…) and their significance in contemporary culture was a fundamental influence on Matt’s work and career.

Matt returned to the US in the early 80’s and began his professional career in New York City. While rock-climbing with friends he was introduced to the Hudson Valley and the beautiful Shawangunk Ridge. It was here that Matt found what he had experienced on the Central Coast France and Italy: beautiful agrarian landscapes and historic towns with rich architectural traditions. He soon founded the Office for Rural Architecture (ORA) in New Paltz and began projects interpreting the regional vernacular and developing land plans that pioneered private sector land conservation. For this architectural and land planning work, Matt was awarded the Architectural League’s 1986 Young Architects Award for the Bennett House, and Cross House, and Outlook Farm.

In the 90’s, Matt, now with a family and two wonderful children, Zach and Gracie, returned to working in New York City with a series of interior projects based on the natural landscapes and forms that were inspiring him. 108 Fifth Ave, and 118 E. 60th were both conceived as abstractions of natural topographies and demonstrated new, organic ways of designing interior space. During this time, Matt also curated and helped build the art collection for Studley Associates. He designed the interior space for the collection and their offices at 300 Park Avenue that engaged and complemented the works by Sol LeWitt, Richard Artschwager, Ed Ruscha, Keith Haring and many others.

During this time, Matt also began his innovative work interpreting the American Arts & Crafts movement. Inspired by the pioneering designs of Stickley and Greene & Greene, Matt abstracted the historic arts & crafts language with landscape elements, exposed structure and raw materials to create a unique architectural expression of his own. The Studley, Knecht, and Vidich-Stein Houses were widely recognized and in 1996 the Studley House was awarded an AIA Honor Award.

In the early 2000’s recognizing the growing national scope of his work, Matt renamed the studio Bialecki Architects and began a series of projects that were the culmination of his design philosophy: The Allbright-Smith House, The Sam’s Point Conservation Center, and his own home, 10 Bridge Creek Road. All three projects again merged the landscape with the architecture to create a continuous design experience. But here, using uninterrupted glass walls, the primitive vernacular forms and massive raw concrete and masonry materials the buildings merged effortlessly with the landscapes surrounding them. The buildings Sustainable Design systems were integrated holistically into the designs and achieved LEED standards and certification. In 2006 the AIA recognized this new architectural expression with multiple AIA Design and Sustainability Awards for Sam’s Point and the Allbright-Smith House.

In the last 10 years, Matt has continued to explore the intersection of modern architecture and landscape design, while developing new green building technologies. The Breen-Priddle House (2009 AIA Honor Award), was one of the first Zero Net energy homes in the region and features a 6.8kw solar array powering a geothermal heating & cooling system. Matt has also applied these sustainable systems and his distinct architectural language to larger public buildings at the Ashokan Center and The Angry Orchard Cidery.

While pursuing his architectural work, Matt has stayed committed to environmental protection and land preservation. In the face of development threats on the Shawangunk Ridge, Matt was elected and served on the Town Board of Gardiner from 2003-2007. As Chair of the Town Zoning Committee, Matt led the effort that rewrote the Town land use laws and protected over 9,000 acres of critical Shawangunk Ridge habitat from destructive development.

Throughout his 30 year career in architecture, sustainable design, land planning and preservation, interior design, and environmental conservation, Matt has developed a unique architectural language that blends natural landscapes, regional vernacular and sustainable systems with the forms of modern architecture. His goal, and the mission of Bialecki Architects remains the same: design and build architecture and preserve landscapes and natural environments that will inspire individuals and communities for generations to come.